Slipknot will return to ERGO ARENA on August the 3rd 2020, this time they will give a show together with a special guest from Ukraine – Jinjer! 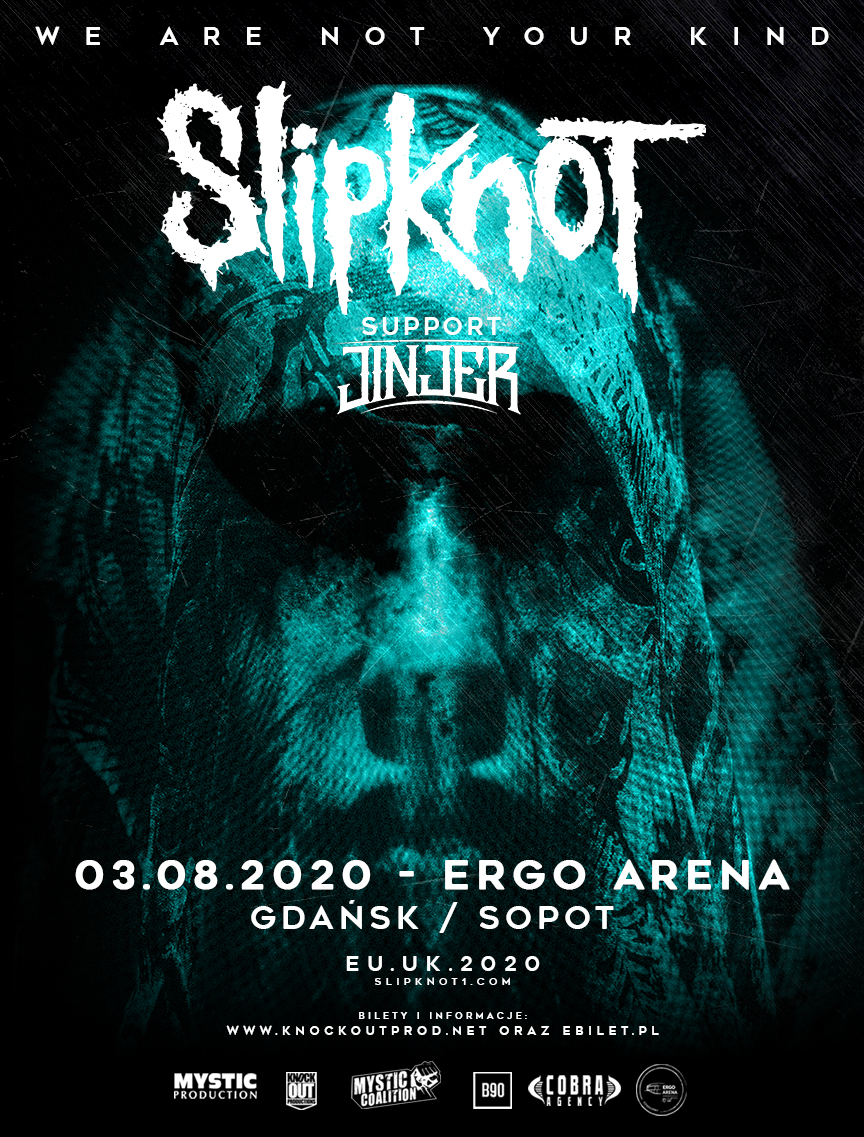 This summer Slipknot will come back to Poland to continue their successful European tour, promoting their latest album – “We Are Not Your Kind”, released on the 9th of August 2019 through Roadrunner Records.

After a marvellous show at previous edition of Mystic Festival in Cracow and another great gig in Atlas Arena in Łódź, the band is coming back to perform in ERGO ARENA, Sopot/Gdańsk.

Slipknot will be joined by a very special guest – Ukrainian 4-piece Jinjer, whose career has just exploded in the last few years! The band released their third studio album “Macro” in November 2019 (Napalm Records).

Slipknot and Jinjer will perform in Poland on the 3rd of August 2020 in ERGO ARENA, shared by Gdańsk and Sopot in the Tricity.

This concert is organized by Mystic Coalition, a group of companies with significant experience in the concert, festival and publishing industries, comprising Knock Out Productions, Mystic Production, and B90. Tickets are available, more information can be found here.